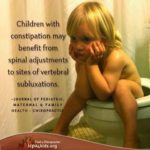 Pediatric Chiropractic;
The importance of having babies and children checked for nerve interference 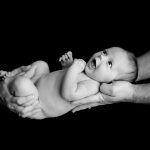 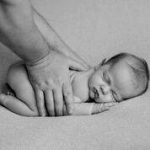 A few of the common questions we get when encouraging a parent to bring their kids into the office are: Why would a child or especially an infant need chiropractic care? Is it safe? Do you adjust them the same way you adjust an adult? What does the adjustment help with?

There are many reasons you should bring your little one in to be checked by Dr. Scott or myself. Let us start with infant care. Labor and delivery is not only tough on the mother but can be quite traumatic for the new baby as well. They are changing and developing so much in those 40+/- weeks inside mom and although baby’s progression inside the womb is a very natural thing, the delivery process is typically anything but natural. It is sited that in America, less than 8% of women opt for a natural birth. This means there is some sort of intervention (often multiple) with medications, caesarean deliveries, vacuum or forceps extraction or simply the “Normal axial pull” on the baby’s head during delivery. Dr Towbin, a Neuropathologist from Harvard Medical School, found during his research that it is common during a “normal” hospital delivery that a child’s head will be pulled with 90-120 pounds of force. “The top bone in the neck, the C1 vertebra, is the most unstable vertebra in our spine, connected only by muscles, tendons, and ligaments. With any kind of extreme twisting, turning, or yanking, that vertebra will misalign in three directions, which will result in occlusion, pressure, and interference.”

As your child grows, they will begin to have numerous things happen to them that will cause subluxation/nerve interference in their spine. Trying to hold their head up, or “bobble head syndrome” as we like to call it. Also rolling over, crawling and of course walking lead to a number of bumps and bonks that can cause their malleable vertebrae to move out of place. As toddlers and children they have their fair share of falls, tumbles and stumbles. These are a few more important reasons they should see a chiropractor.

Yes, it is very safe and is much different than how an adult is adjusted. Our 3 girls were checked and adjusted as soon as 30 minutes old. Although they were all born naturally and with the most minimal interference by our midwife of just “guiding” them out, they all had subluxations at the C1 vertebra. The adjustment is made with the light pressure of my pinky finger (the pressure is that of pressing on a ripe tomato before the skin indents). Their little joints are so tiny and their vertebrae are not completely formed yet, so it takes minimal force to relieve the pressure on those nerves.

We have seen an array of different issues/concerns in our office that have had amazing success. It has been shown that chiropractic can help with colic, difficulty latching, torticollis, constipation, diarrhea, reflux, acid reflux, trouble sleeping, ear infections/aches and the list goes on. We also see many families for overall wellness care as they may not have anything specific bothering them, but we keep them feeling great.

If you have any questions about pediatric chiropractic, nutritional components to integrate into their diet or any other concerns, please contact us and we would love to answer those questions for you! Also, please tell your friends, family and coworkers with kiddos about us as we would be happy to help them as well and appreciate your referrals! 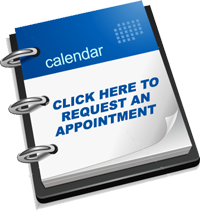