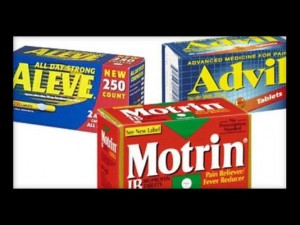 When our athletes/patients in Olathe and Overland Park suffer an injury they often hear us saying to avoid NSAID usage whenever possible.  They are often surprised to find out that something they commonly use as an over the counter pain killer and antiinflammatory could be so damaging to their bodies and also be delaying their healing.  Conservative estimates on the number of deaths in the USA per year from prescription use of NSAIDS for arthritis has been widely published at 16,500 or about 45 people per day.  If these estimates included over the counter usage for all conditions and not just prescription arthritic usage these numbers would be significantly higher.  If this is not enough alone to change your pill popping ways then I suggest you read this.